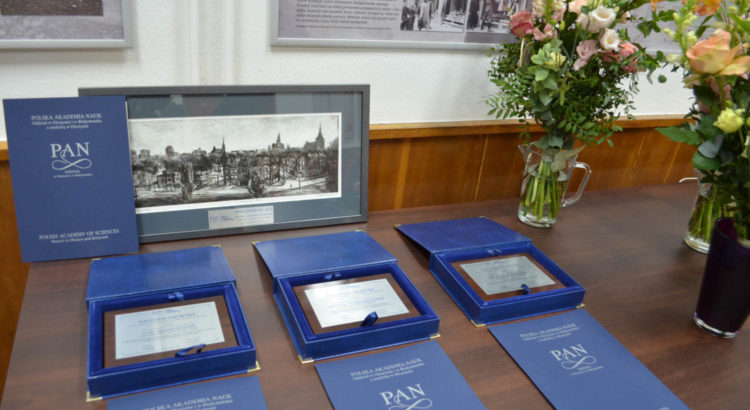 Prof. Agnieszka Wacławik honoured with the Scientific Award of the Branch of the Polish Academy of Sciences in Olsztyn and Białystok for significant achievements in the category of biological, agricultural and medical sciences in 2022. Distinction award – based on the recommendation of the Award Committee, for deepening knowledge on understanding the mechanisms regulating two opposing ways of healing skin injuries – went to Prof. Barbara Gawrońska-Kozak. 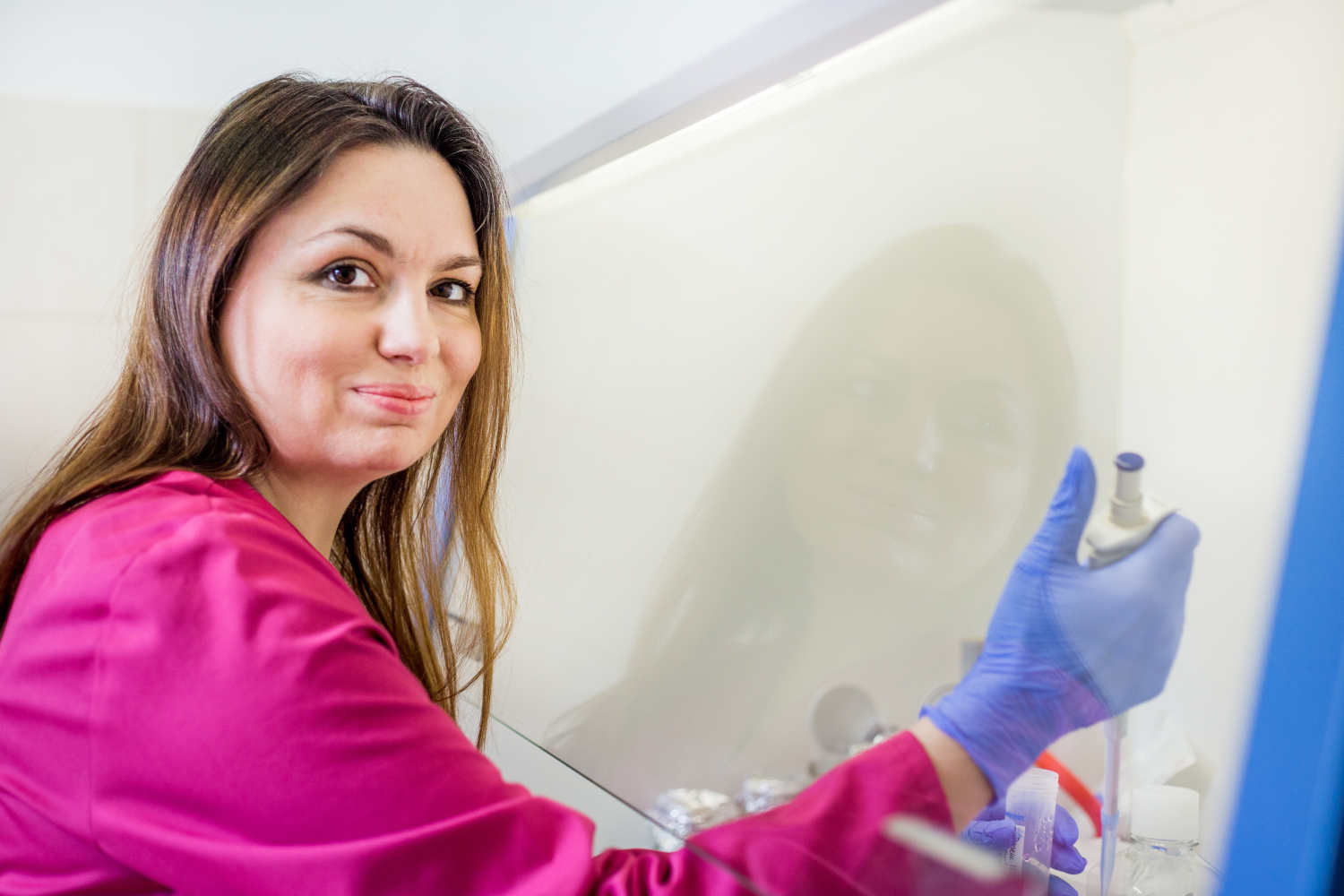 The Presidium of the PAS Branch awarded Prof. Agnieszka Wacławik for the significant advancement of knowledge in molecular mechanisms involved in the establishment and development of pregnancy in domestic pigs and humans. This was the 6th edition of the Branch’s Scientific Awards, which are awarded to employees of research centers and universities located in the area of Warmia, Mazury and Podlasie. The achievements of candidates are assessed in terms of the originality of the research topic and research methodology, cognitive value, rank of the journal or publishing house, and the impact of the achievement on the practical economic, social and cultural development of the region.

Prof. Agnieszka Wacławik works as an institute professor at the Department of Hormonal Action Mechanisms. The Award Committee of the Scientific Award of the Polish Academy of Sciences honoured Prof. Agnieszka Wacławik for a series of publications about the molecular interactions between the germ signal and its mediators and the reproductive system in early pregnancy in a domestic pig model.  Among other things, Prof. Wacławik described a new and yet unknown beneficial role of prostaglandin F2α in regulating local processes in the uterus and embryo during early pregnancy as well as showed that its mechanism of action is universal and independent of the type of implantation (the studies involved two types of non-invasive trophoblast – domestic pig, and invasive – human trophoblast cell line). The awarded series of publications consists of eight experimental papers with a total IF=37.2, published in such journals as Biology of Reproduction Placenta, Theriogenology, and International Journal of Molecular Science. Prof. Agnieszka Wacławik’s research allows for a better understanding of the processes involved in the establishment of pregnancy in mammals and may in the future contribute to the development of therapies that reduce high embryo mortality in the critical period of embryo implantation and thus increase the chances of maintaining pregnancy and its proper development. 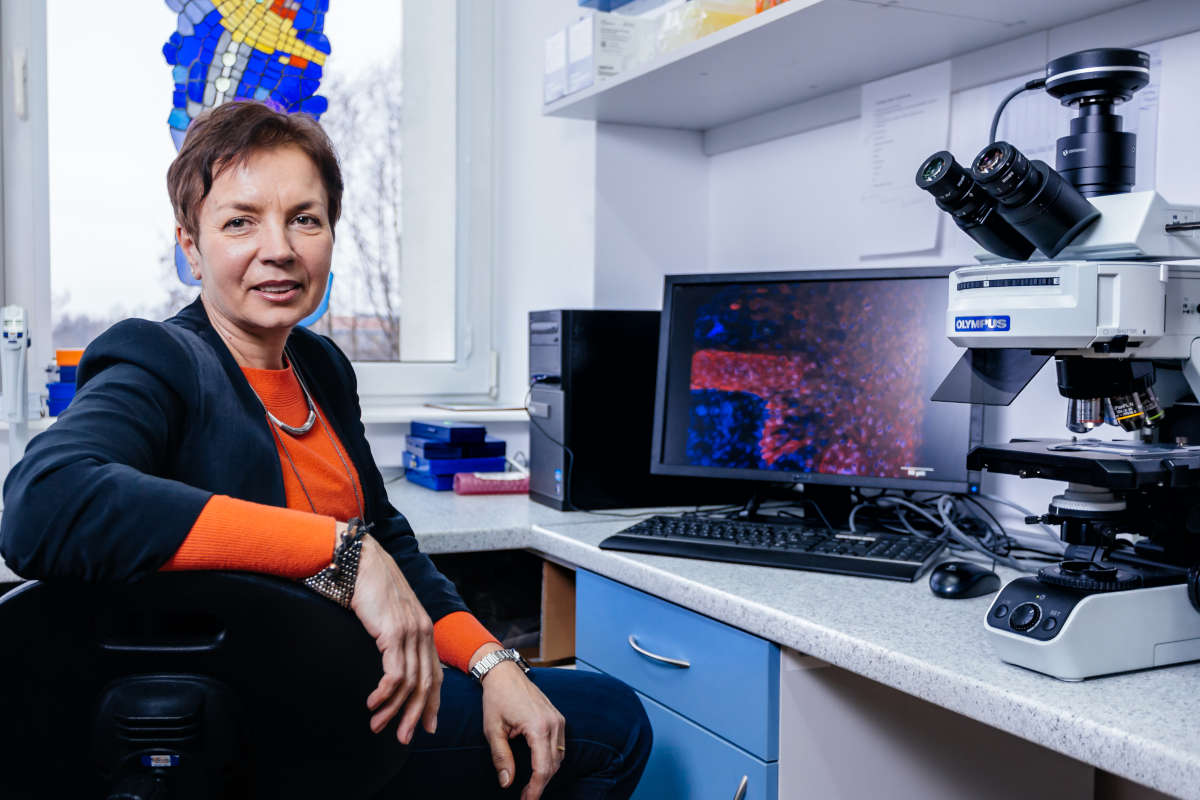 The Presidium of the PAS Branch, on the basis of the recommendation of the Award Committee, awarded a distinction to Prof. Barbara Gawrońska-Kozak, leader of the Regenerative Biology Team from the Department of Biological Functions of Food. She was recognised for deepening knowledge on the understanding of the mechanisms regulating two opposing ways of healing skin injuries: repair, resulting in the formation of a scar, and regeneration, responsible for scarless healing. In a series of scientific publications, the stimulating effect of the Foxn1 factor on the mechanisms involved in scar formation and on the mechanisms that control/maintain homeostasis of unwounded skin has been demonstrated for the first time. In addition, studies aimed at demonstrating the involvement of the Foxn1 factor in the skin aging process revealed that age, as well as the integration of two parameters: age and gender, have the most significant impact on skin condition. The research led by Prof. Gawrońska-Kozak may contribute to the recognition and the development of a method of redirecting the repair process of wound healing (scar) to the regenerative process (scarless), as well as the creation of therapeutic tools to stimulate the healing process in the case of non-healing wounds (e.g. in people in the elderly or diabetics). Literature data supported by the research of Prof. Gawrońska-Kozak showed that the localization and modulation of expression of the Foxn1 factor in the skin of mice is analogous to the expression in human skin, thanks to which the results achieved in the mouse model significantly contribute to the research on the healing process of skin wounds in humans.

The award ceremony took place on January 17, 2022, during the assembly of the PAS Branch in Olsztyn and Białystok.