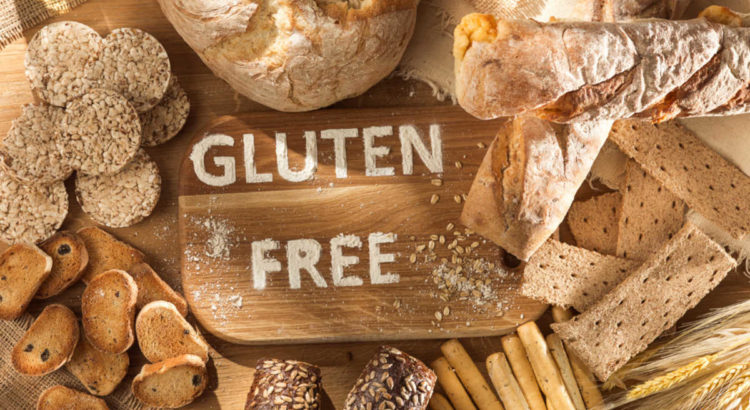 Dr. Urszula Krupa-Kozak from the Department of Food Chemistry and Biodynamics at our Institute and dr. Łukasz Łopusiewicz from the West Pomeranian University of Technology is working on a new recipe for gluten-free bread. They use flaxseed oilcake, the residue left after pressing oil from oilseeds.

The food industry generates vast amounts of waste and by-products, most of which go unused. Some of them may be useful for their nutritional value and health-promoting properties. One example is oilcake, which are the residues from oilseed oil pressing. They can be raw materials for various food industries.

Due to their content of valuable biopolymers and bioactive components, one of the uses of oilcake (or pomace), proposed by scientists from the Institute of Animal Reproduction and Food Research of the Polish Academy of Sciences in Olsztyn and the West Pomeranian University of Technology, could be to enrich baked goods for particular dietary purposes.

„Gluten-free baked products, compared to conventional bread, are characterized by lower quality due to unsatisfactory texture, bad taste, reduced nutritional value, and short shelf life. The need to improve their quality and enrich them with nutrients prompted us to study the potential of flaxseed cake, as a natural source of valuable protein, minerals, and antioxidants, in the context of improving the qualities of gluten-free bread.” – wrote the researchers in their latest publication, which appeared in the journal Molecules.

„People who go on a gluten-free diet for medically justified reasons (celiac disease, non-celiac gluten intolerance, wheat allergy, or gluten allergy) can only consume gluten-free products. This is because the elimination diet is the only effective therapeutic method in this case,” says the study’s lead author, dr. Urszula Krupa-Kozak in an interview with PAP. – Consumers on a gluten-free diet have the right to expect that the quality of gluten-free products available commercially, rolls, pastries, etc., will be similar to conventional products. However, this is difficult to achieve and poses a significant challenge for food technologists and manufacturers.”

„Younger children diagnosed with the gluten-dependent disease, who have to start therapy and switch to a gluten-free diet, have it a little easier because they have not yet become so accustomed to the taste of traditional bread (wheat, wheat-rye) and are not so attached to it. More difficult are adult patients who have established eating habits and preferences. They are often very disappointed with the taste, texture, and even appearance of these products.” – he adds.

That’s why she and her colleagues, dr. Krupa-Kozak is trying to develop gluten-free products in such a way as to improve their quality. „It is often significantly lower compared to gluten-containing counterparts. The elimination of this visco-elastic protein, which is important in bread technology, entails the need to look for substitutes. Therefore, ingredients that mimic the characteristics of gluten are often used, making it possible to impart the right dough texture and consistency to baked goods: hydrocolloids, gums, emulsifiers,” the specialist explains.

The latest study by a team from the Institute of Food and Agriculture of the Polish Academy of Sciences and the University of Science and Technology (ZUT) looked at flax seed cake’s use to enrich the gluten-free bread composition. With flaxseed cake extract, the scientists replaced water (from 25 to 100 percent of its original content).

„I have been involved in research for years on improving the quality of gluten-free baking products, among other things. Those commercially available are often low in dietary fiber, for being excessively sweet and fatty. This translates negatively into the quality of the diet and the health of a secret group of consumers. When developing new recipes, I use both naturally gluten-free raw materials and supplements, i.e., prebiotics, minerals, proteins of plant and animal origin,” she says. – tells the publication’s author.

She adds, „This year, I have established an interesting cooperation with dr. Łukasz Łopusiewicz from ZUT in Szczecin researches oilseed pomace daily. We managed to find a common denominator for our rather distant scientific interests, which resulted in the creation of an idea for an innovative gluten-free bread with linseed cake extract. Dr. Łopusiewicz shared his knowledge and experience on the method developed by his team to extract water extract from flaxseed cake.”

As dr. Krupa-Kozak explains, „The extraction above results in a product resembling flax ‚milk.’ And it was this extract, rich in valuable substances, that we used to develop a new formula for gluten-free bread. The research included recipe development, pilot baking, and final product characterization, from nutritional evaluation, through analysis of various technological and functional parameters to sensory quality testing.”

„Along with flaxseed cake, we introduce numerous proteins and polysaccharides into the bread recipe, which are responsible, among other things, for the formation of the characteristic mucilage that we probably all associate with cooking flaxseed. In this case, they give the bread the desired cohesiveness, porosity, structure, or in a word, improve its technological properties.” – dr. Łukasz Łopusiewicz adds.

He explains that the same compounds are also responsible for improving the color of the bread (crust and flesh) and aroma. „The previously mentioned proteins and polysaccharides react with each other during baking. This results in forming compounds responsible for, among other things, the perception of aroma.” Meanwhile, both of these aspects are often as important to consumers as other characteristics of bread.

The researchers’ goals were twofold: first, to study what effect replacing part of the water with flaxseed „milk” would have on the technological parameters of the bread, and second, to increase the content of nutritional and bioactive compounds in the final product, which would have a potential nutraceutical effect on the human body.

„And this was successful,” says the Olsztyn scientist. – Proportionally to how much of the water we replaced with the maca extract, the content of protein and minerals, especially potassium and magnesium, increased. The use of flax ‚millet’ had a particularly positive effect on the sensory quality of the bread, which we believe could enrich the daily diet of gluten-free bread consumers with both valuable nutrients and ingredients with health-promoting potential.”

Detailed analyses of the bread’s composition showed an increased nutritional profile (it contained more protein and much higher concentrations of essential minerals) and antioxidant properties.

Dr. Krupa-Kozak stresses that a highly favorable result would be an increase in the freshness of the bread. „The disadvantage of the gluten-free one is its crispness. It quickly loses its moisture content, and its crumb disintegrates,” she says. – Manufacturers are making efforts to improve its quality and slow the blackening, such as using packaging with a modified composition of the atmosphere inside to keep the tasty product longer.”

„We are currently investigating whether the addition of flax ‚milk’ could affect extending the freshness of our bread. In addition, it will be interesting to test the microbiological stability of this product, that is, how quickly it goes moldy compared to bread without adding the cake extract.” – he adds.

For the time being, the team’s research from IARFR PAS and ZUT is in the pilot stage. „Already at this stage, we are delighted with the results obtained. So much so that we will continue the research perhaps using other oilcake, extracted from more ‚exotic’ oil plants,” – dr. Krupa-Kozak says.

„After all, depending on the plant species, oilcake can contain very different macronutrients, antioxidants, and bioactive substances,” adds dr. Łopusiewicz.

The researcher recalls that, for the moment, oilseed plant extraction waste is practically not used in any way. The exceptions are rare cases of adding them to animal feed or using them for fuel.

„And their potential is enormous. My team and I have been running a project for a few years now, in which we are trying to use the extract (milk) mentioned here to make fermented vegan foods, such as yogurt and kefir or camembert-type cheese,” – he mentions.

„Our study presents an auspicious way to use the by-product, which, due to its high content of proteins, polysaccharides, minerals, and antioxidants, can significantly increase the value of gluten-free baked goods.” – Dr. Krupa-Kozak concludes.