Moms in Charge project, or when a mother’s experiences affect her child

Institute of Animal Reproduction and Food Research of PAS > News > Moms in Charge project, or when a mother’s experiences affect her child 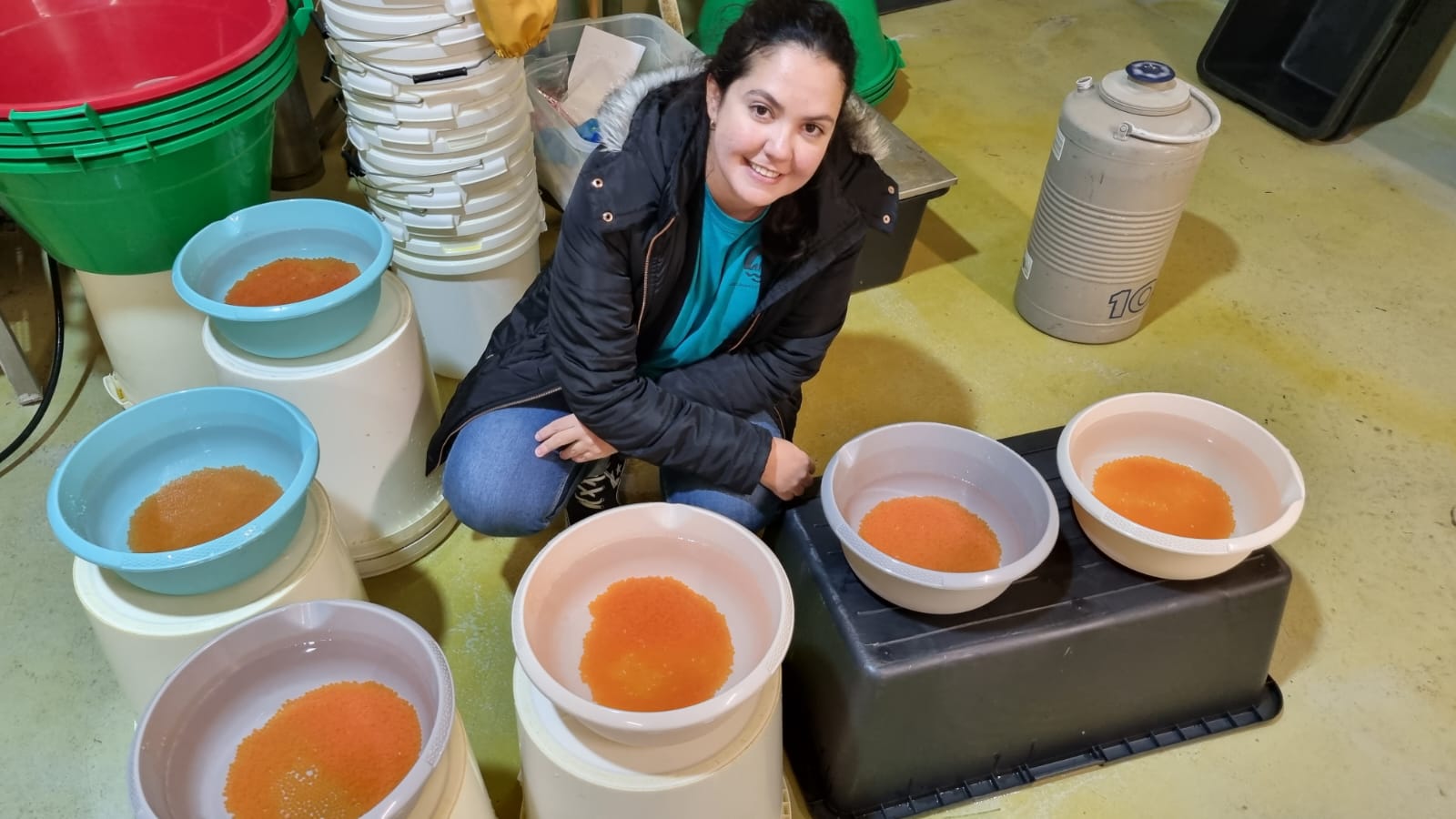 Can a mother pass on information about past illnesses or natural predators to her child? The Moms in Charge project, carried out by scientists at our Institute, aims to study the extent to which non-genetic inheritance factors affect the adaptability of offspring. This knowledge could help improve fish breeding and gain a deeper understanding of fish resilience.

Moms in Charge is a project carried out by dr. Taina Rocha de Almeida, winner of the PASIFIC grant competition administered by the Polish Academy of Sciences and co-funded by the H2020 Marie Skłodowska-Curie Actions Co-funding of regional, national and international programs and the Ministry of Education and Science. Her scientific supervisor is dr. Daniel Żarski of the Department of Gamete and Embryo Biology of the Institute of Animal Reproduction and Food Research of the Polish Academy of Sciences in Olsztyn.

The project aims to monitor so-called non-genetic inheritance factors in fish and determine to what extent they affect the adaptability of offspring (from embryo to juvenile stages) to breeding conditions. The research will be carried out on three Polish rainbow trout breeding lines from Poland’s largest fish hatchery, „Dąbie”. 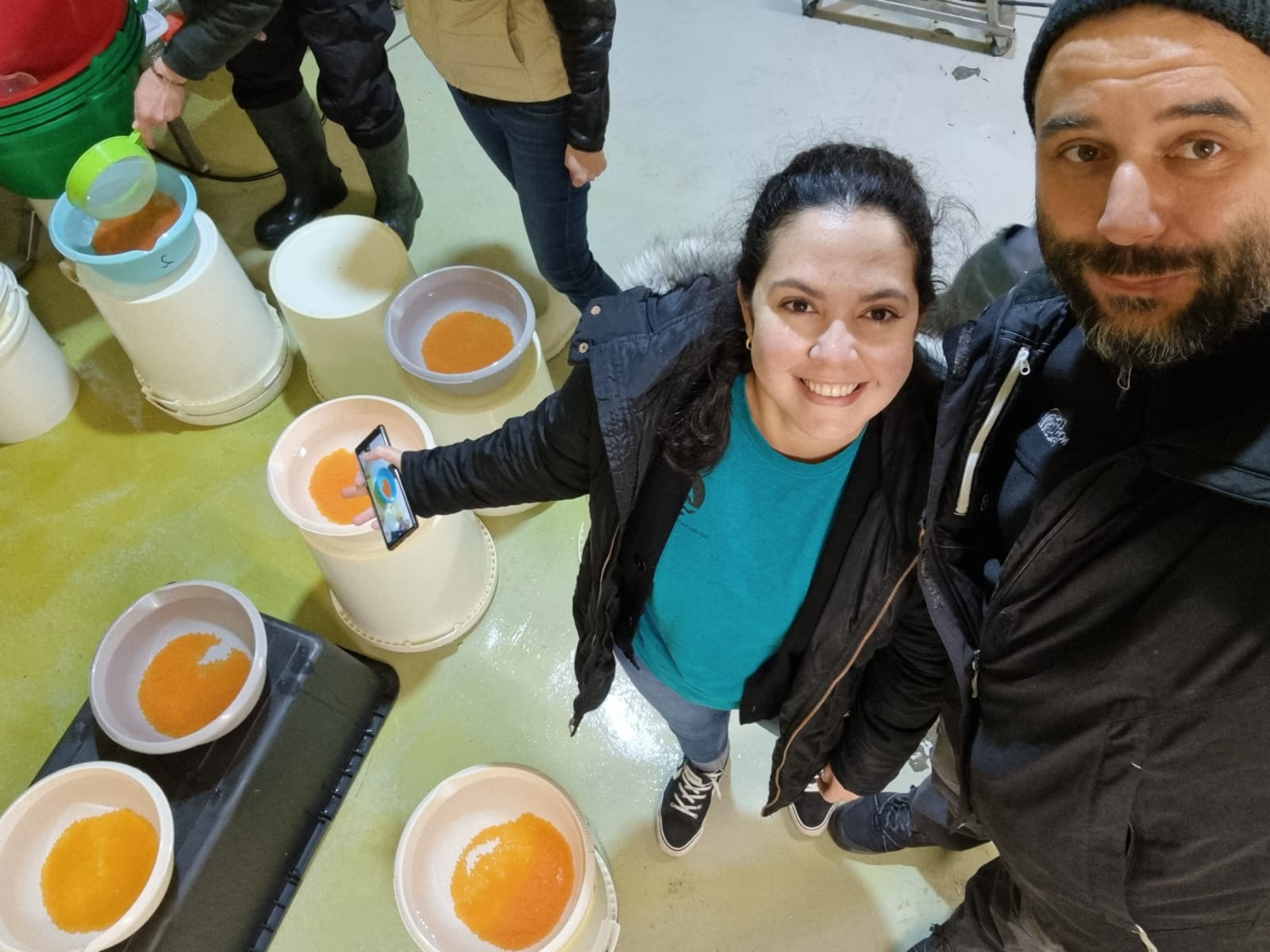 What are non-genetic inheritance factors?

Non-genetic inheritance (NGI) includes various mechanisms that are not directly related to genes but interact with or result from them. The contents of the egg cell are a consequence of NGI mechanisms, which will play an essential role in embryo and early larval development. They are a source of transcripts, proteins, and nutrients that will guide and support development even in later developmental stages. 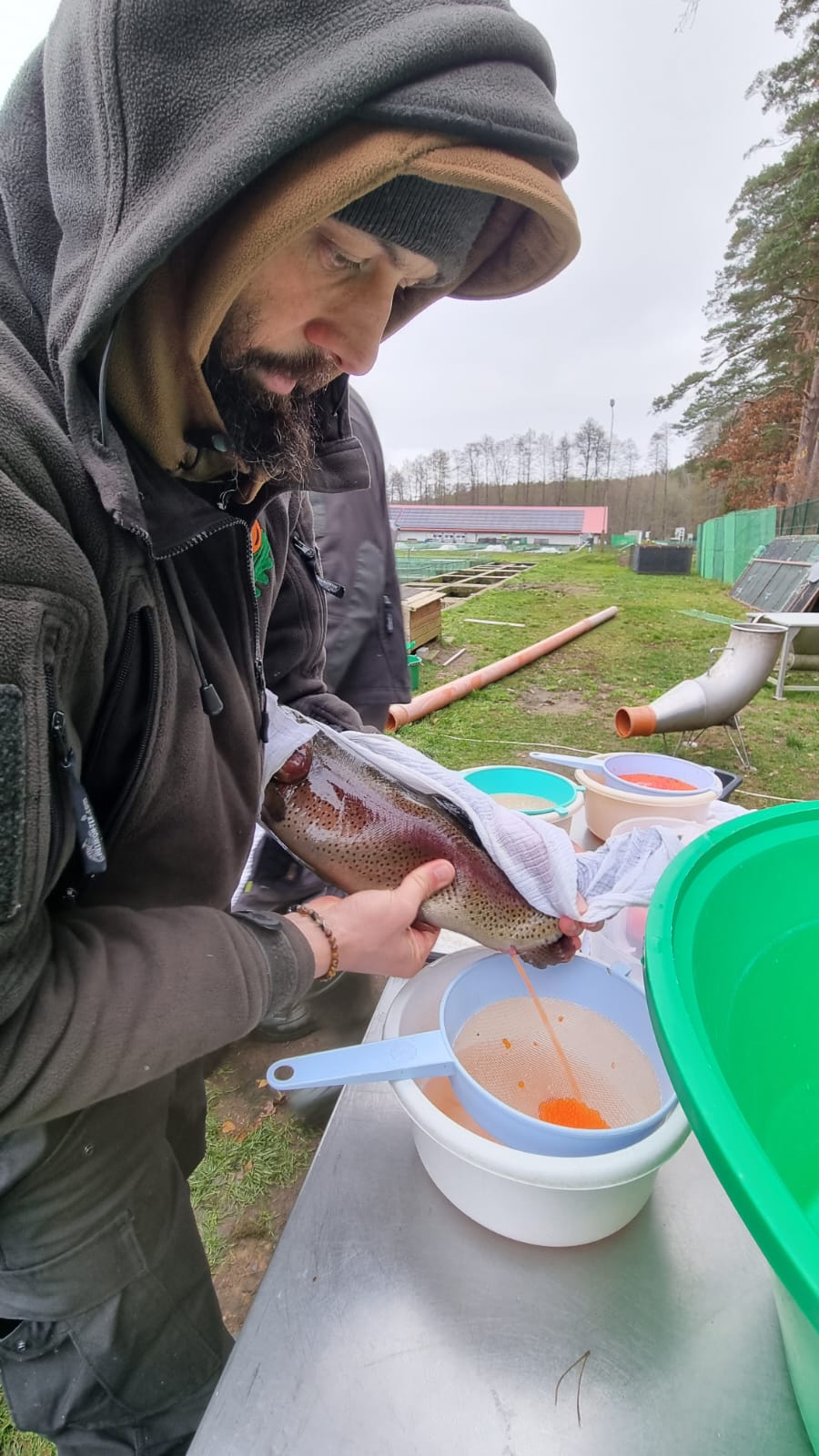 The Moms in Charge project is to investigate to what extent maternal NGI factors (mRNAs, miRNAs, or proteins) affect the performance of offspring from embryos to juveniles. 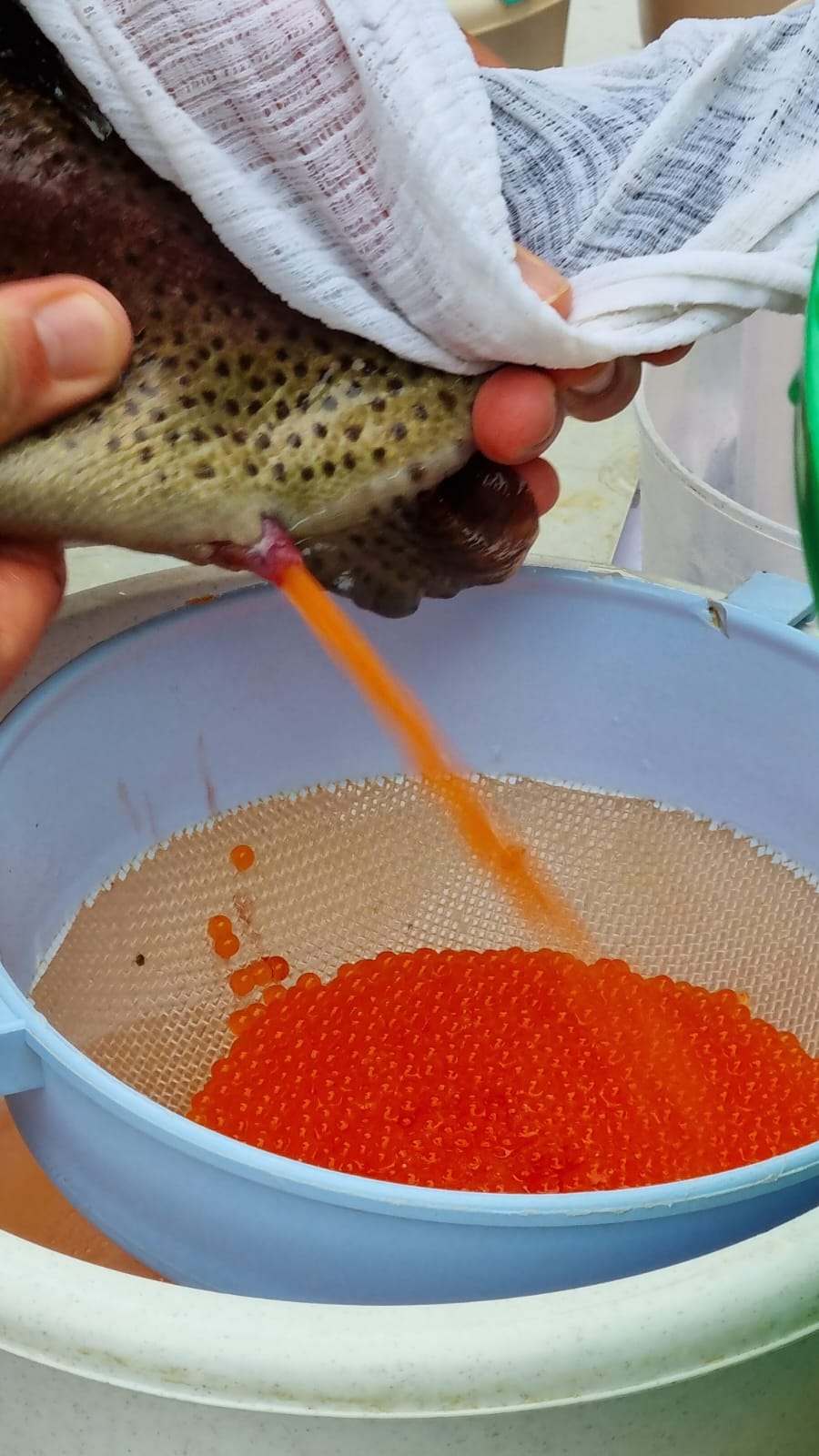 The research will be conducted on three strains of rainbow trout (phenotypically different) bred in Poland. Since the project will be carried out in cooperation with fish breeding, we expect that it will impact fish management and selection based on progeny performance, which can help increase fish production in the long term.

The rainbow trout (Oncorhynchus mykiss), native to North America, is the most common trout species raised in European freshwater aquaculture. It prefers swiftly flowing waters with relatively stable thermal conditions and tolerates high densities. The optimal growth temperature for breeding is 8-18°C, with a maximum of 20°C. Rainbow trout is sold as a portion fish and a large fish, also known as salmon trout. Over the years, the rainbow trout sector has faced problems contributing to stagnant production. In this context, a clear and effective selective breeding program could greatly help. 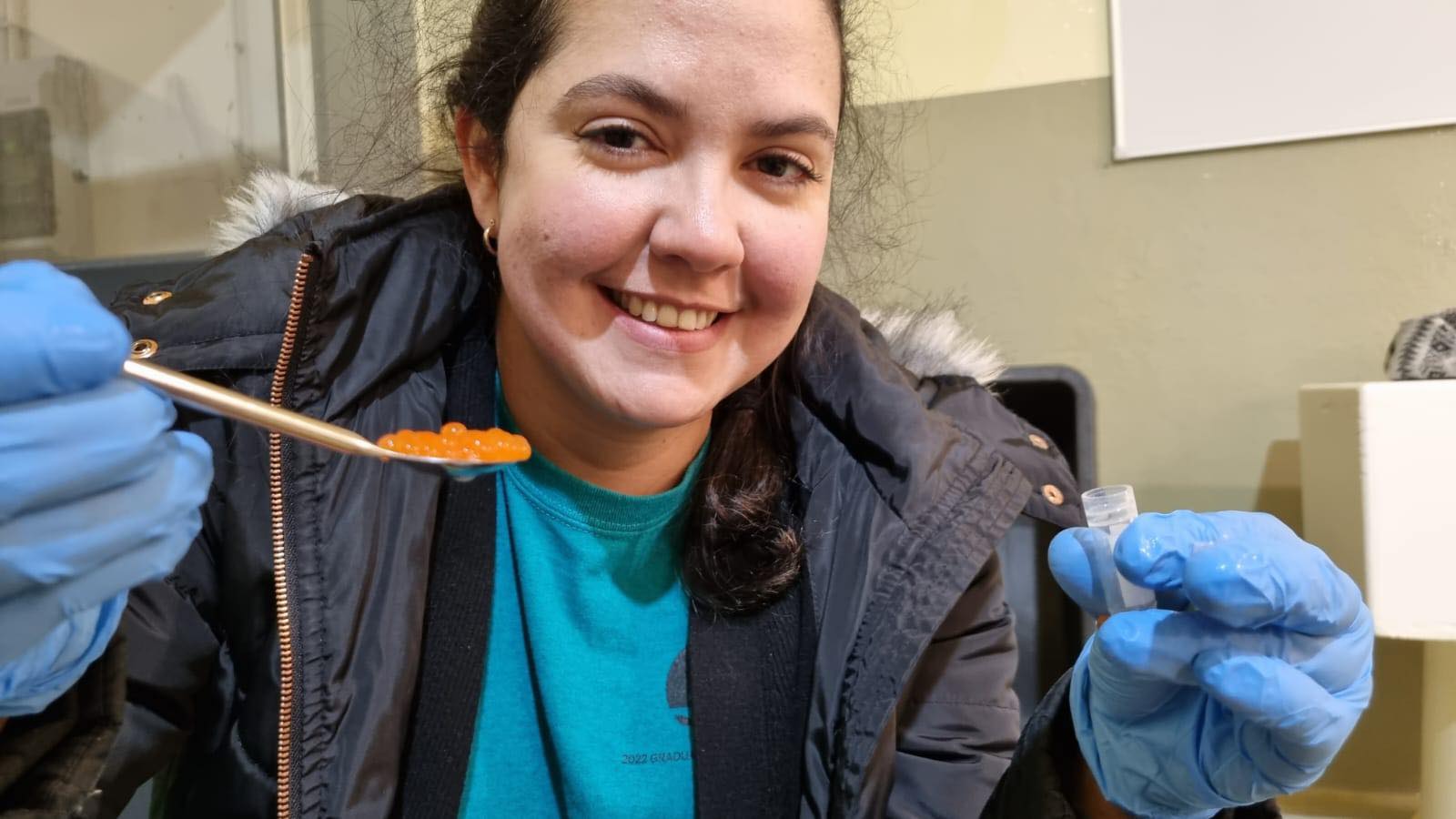 Taina Rocha de Almeida, Ph.D., came to the Institute from Brazil and received a prestigious scholarship from the PASIFIC MSCA COFUND program. The competition was fierce – there were about ten applicants per spot. To select the winning proposals, evaluators assessed them in three main categories – excellence, impact, and feasibility. Each project also had to pass an ethical evaluation. The fellowship will last 24 months, but as Taina admits: „she feels very comfortable in Poland,” so we are keeping our fingers crossed that her stay in our country will be extended.