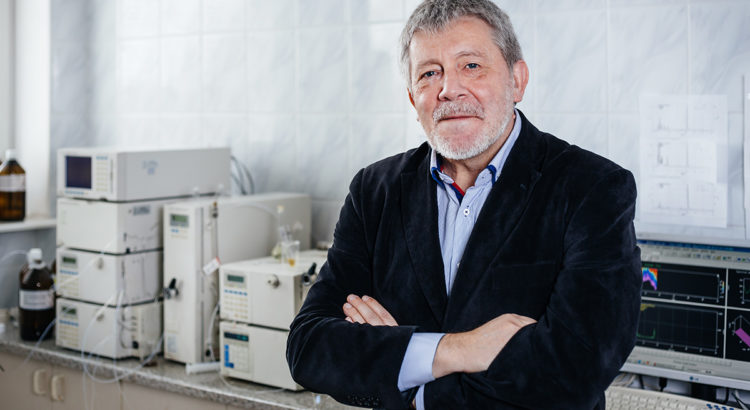 Quinoa, amaranth and chickpeas are valuable sources of plant protein yet still underestimated in Europe, which remains dominated by the consumption of animal-derived protein. Scientists want to change this trend, increasing the European production of plant protein by 25%.

It has been estimated that in the next 35 years world population will grow by 35%. Such a significant increase does not only require ensuring a more efficient food production system that would meet the needs of a growing population. It is crucial to produce food that is not only safe, low cost and of a high nutritional value. Today, agriculture faces the challenge of taking advantage of environment-friendly agrotechnology. This may be tackled by focusing on proteins derived from plants instead of animals.

Despite constantly developing trend for vegetarianism, Europe is still dominated by the production of animal proteins, with around 70% of plant-based proteins being imported. Alleviation of this phenomenon has been put in the focus of scientists taking part in the international „Protein2Food” project. „The main objective of the project id to provide protein sources to a growing human population” – says Prof. Ryszard Amarowicz from the Institute of Animal Reproduction and Food Research PAS in Olsztyn – the only Polish science centre participating in the project.

With the studies performed by researchers, use of new and improved methods of farming and yield management, the European production of plant proteins is expected to increase by 25%. What is more, the acreage of protein-rich crops should grow by additional 10%.

Researchers will investigate plants that are protein-rich or provide proteins of a high nutritional value such as quinoa, amaranth, buckwheat, lupine, fava bean, chickpeas or lentils. Even though they fulfill the above criteria, they remain scarce in the diet of Europeans.

„Amaranth and quinoa, primary grown in South America, are not very popular in Europe. Thus, one of the aims of researchers working in the project is to provide these plants with adequate agronomic conditions so that they will crop well also in our continent. In line with project’s objecyives, they will be grown in Italy and Denmark” – explains Prof. Amarowicz.

Even though legumes (lentils, chickpeas) and buckwheat are grown in Europe, they are not used on a wide scale for the production of protein preparations like in the case of soybeans. „We aim to grow independent of soybeans, at least to some extend, and focus on diversified agricultural production” – stresses Prof. Amarowicz.

Researchers will, therefore, obtain protein-rich preparations from legumes and pseudocereals, which will be then added to specific food products. Amaranth, for example, is to serve as a base for baby foods.

German researchers will obtain proteins from legumes, which scientists from Ireland and Sweden will subsequently introduce to specific products suitable for consumption, e.g. biscuits or supplements. Researchers from the Institute PAS in Olsztyn will assess the sensory qualities of the final plant-derived protein products.

„We will also take part in the chemical analysis of biologically active compounds in these products, e.g. natural antioxidants or oligosaccharides. The effect of agronomic methods and climate conditions (temperature, drought) on the content of these compounds in plants will also be investigated” – describes Prof. Amarowicz. „Ultimately, we will determine the nutritional value of plant proteins derived from selected protein preparations on an animal model” – he adds.

”Protein2Food” project involves 19 institutions from 13 countries, including Uganda and Peru. Institute of Animal Reproduction and Food Research obtained funding of over half a million zlotys (233k Euro) from the EU Horizon 2020 programme. Research activities were launched in 2015 and are planned to end in 2020. The international “Protein2Food” consortium is coordinated by the Department of Plants and Environmental Sciences at the University in Copenhagen.